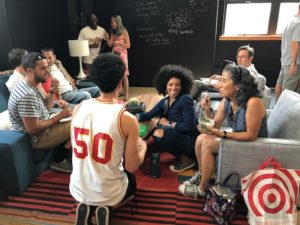 Teachers at Berkeley High. BUSD employs about 1,250 people, 800 of whom filled out a staff survey on workforce housing. Three-quarters expressed interest in the district developing housing. Photo: Natalie Orenstein

Some adults move back in with their parents when they lose their jobs or hit hard times. Not Chloe Smith. The English teacher, who is in her mid-30s, moved back to her family’s home in Albany after accepting a job offer.

It was the only way she figured she could live near her new position at Willard Middle School.

“I’m really fortunate I have that relationship,” said Smith, who has worked at Willard for three years now. “I don’t really see a way of having my own place, let alone owning my own place on a teacher’s salary” in the Bay Area.

Smith is among a number of teachers and staff in Berkeley who have found unconventional accommodations amid an affordability crisis. Some cross multiple city lines during their commutes, and others live in constant fear of rent hikes.

Most of “the ones who live in Berkeley have had houses for more than 15 years,” Smith said.

In an attempt to retain teachers like Smith, and to attract new ones, Berkeley Unified is considering developing low-rent housing for its workforce. The new housing could be funded through a bond measure on the ballot in 2018 or 2020, or through a public-private partnership wherein a developer would be able to build market-rate housing alongside the workforce housing.

Both Oakland and San Francisco, which have faced massive teacher shortages, are pursuing similar projects. The California Teacher Housing Act of 2016 gave districts permission to use their property to develop affordable rental housing for low- or moderate-income employees.

The Berkeley School Board first discussed the possibility of building employee housing — for both certified and classified staff — in March. President Josh Daniels has worked with BUSD and city staff to analyze feasibility. The board, expressing initial interest but some skepticism about the financials, decided earlier this year to conduct a preliminary survey of BUSD employees, to gauge their interest and understand their current housing situations.

At its Wednesday meeting, the School Board will discuss the results of the survey and consider possible actions. More than 800 employees, or around 60% of the workforce, responded to the optional survey, which BUSD conducted with UC Berkeley’s Center for Cities & Schools.

The results, some of which are available on the School Board meeting agenda, show that 30% of the respondents live in Berkeley, and 21% commute more than 40 minutes each way.

That is only half of the time it takes Willard P.E. teacher David Perry to drive from Hercules to South Berkeley. He and his family began renting there after being forced to short-sell their home during the foreclosure crisis.

Perry has five kids, and “there is no way I could afford a three-bedroom house in Berkeley,” he told Berkeleyside. A product of King Middle School and Berkeley High himself, Perry always hoped to land a job in the district, and feels an attachment to Berkeley that has prompted him to stay with BUSD despite the hours he spends on the freeway. He thinks he can make it work, at least until the two kids of his who are at Berkeley schools, and who carpool with Perry, graduate. 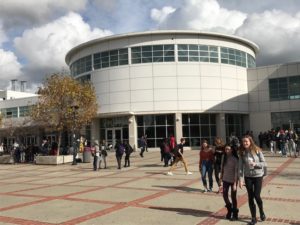 “When I came to Berkeley High we had no turnover, practically,” said Alan Miller, who has taught English since 1990. “There’s a value in keeping people. We’re not interchangeable parts. Institutional memory is really important.” Research has suggested student achievement suffers when turnover rates rise.

Out of all the respondents, 42% own their residence, and 58% are renting or crashing with friends or family.

The survey results indicate high interest in workforce housing from employees who currently rent. About three-quarters of both the classified staff and certified teachers who responded said they would be interested in district housing. Among certified employees, those with moderate incomes expressed the most interest, whereas among classified staff, those with very low incomes were most excited by the concept. (See chart below for income levels.)

Berkeley employee salaries range widely, from about $43,000 to $90,000 for K-12 teachers, and less for many classified staffers. 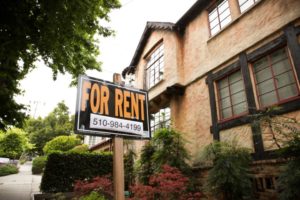 Many rental prices are out of reach for teachers. Photo: Melati Citrawireja

One Berkeley High classified employee who asked to remain anonymous said she could not afford a place in Berkeley.

“The rent currently would be what I take home every month,” she said. The employee, who rents in Oakland with her family, was pleasantly surprised to get approved for a home loan recently, but “the sparkle faded” when she realized she still did not have the budget to buy.

According to the survey, young employees, meaning those under age 35, feel the most financial pressure, are the most likely to have considered leaving BUSD and are most interested in district housing, note BUSD staff on the School Board agenda. Some older or longer-term employees told Berkeleyside they were lucky to have bought a house when they could, or have found creative solutions. Willard inclusion support teacher Robert Chamberlain has “co-housed” with other couples and an in-law, including another BUSD teacher, for more than a decade. They still have high housing costs, but save money by pooling their incomes in some cases, he said.

Some employees with school-aged children have an incentive to continue working for the district, even if they live outside of Berkeley, as staff are eligible for inter-district permits to send their kids to Berkeley schools.

Who would the housing serve?

Some teachers and staff who spoke with Berkeleyside agreed that district housing could benefit younger employees, but said they feared it would miss a major segment of the workforce.

“It seems like it would be a good way to attract new teachers or young teachers, but I wouldn’t necessarily say it would be a retention strategy for existing teachers,” said Alex Day, a Berkeley High history teacher.

Day is among those teachers who assume they will have to leave the district someday soon. The threat of being priced out has already affected his decisions at work. He does not want to teach a new ethnic studies and social living course — part of the “universal 9th grade” program launching next year — because it is unique to BUSD, and he fears it will make him a less marketable candidate if he is forced to move and find a job elsewhere. Instead, he is focusing on teaching a transferable world history course.

Day currently rents in Berkeley with his wife and their new baby. They will likely move into a family home when its owners leave town for a few years soon — the mortgage is cheaper than the rent they currently pay — but they would like to find a home to raise their child in when the owners return. They have already begun checking out places in Sacramento and were eyeing Santa Rosa before deadly fires ravaged the already limited housing stock.

For Day, a Berkeley High graduate himself, the thought of leaving Berkeley can be hard to stomach.

“My wife’s definitely more realistic about it,” he said. “I get all grumpy and emotional thinking about it, so I try not to. That’s why I really networked to get a job here — Berkeley’s my community. I feel like I do my best work when I know the situations where kids are coming from, since I grew up with kids coming from those situations.”

Day and several others said financial assistance from the district — whether in the form of a housing stipend, a no- or low-interest mortgage loan or a simple salary increase — would be more of a draw for them than a subsidized apartment. The district has said its analysis showed that building new rental housing would be the most effective approach, however.

As more schools districts consider tackling teacher shortages and housing insecurity with new construction, policy analysts have cautioned them about the challenges of complying with local tenant protections, finding an interested and appropriate developer, managing the properties and, of course, financing the projects.

What district and city staff have put forth as possibilities for financing employee housing include a bond measure by either BUSD or the city of Berkeley on the November 2018 ballot, or the inclusion of housing funds in the school facilities bond measure already planned for 2020. The 2020 option would cost the district up to $50,000 less. Through the public-private partnership approach, BUSD would enter into a decades-long lease with a developer, allowing the construction of low-rent and market-rate housing, which would become district property when the lease expired. According to staff, at least half of the housing built under this model would be market-rate, and open to anyone who could afford it.

The city of Berkeley would be responsible for permitting the projects under any of the financing approaches.

At an August School Board meeting, district staff pointed to four possible locations for workforce housing, but did not recommend any in particular and noted that each has constraints or other designated uses. The locations included the West Campus at 1222 University Ave., the maintenance facility at Oregon and Russell streets, the Berkeley Adult School parking lot at 1720 San Pablo Ave. or the former site of the Berkeley High tennis courts at 2309 Milvia St.

Very early cost estimates range from $32 million to $74 million for each site. Other possibilities under consideration are a property swap with the city or the pursuit of permits to develop on a property where current zoning code prohibits this kind of construction.

Smith, the English teacher living with her parents, said she is skeptical that workforce housing would serve most of her colleagues, but said she would be interested in renting an apartment herself.

In Smith’s view, school districts have a responsibility to support employees who are struggling to live where they work, but she is not sure how much capacity they have to alleviate what she considers a systemic issue.

“This is not a one-district problem,” she said. “The amount teachers are paid in society and our country is not commensurate with the amount we give. That’s not something BUSD can solve themselves.”