The attached pages are from the Draft Environmental Impact Report (DEIR). Table 5-4 compares the Town’s population and employment projections in the 2040 GP vs. the Association of Bay Area Governments (ABAG) Plan Bay Area 2040 projections. What the Town staff has done is to conflate the increase in household population as forecasted by the State with the household population growth that will result from the “project”, namely the 2040 GP. By 2040 the difference in population projection is massive – 32,645 residents in ABAG vs 45,820 residents as projected by the town – that’s 40% more!

Population growth is the fundamental driver in the growth in Green House Gas (GHG) as determined in the Vehicle Miles Traveled (VMT) analysis. The net result is VMT per service population material exceeds the State mandated thresholds due to the excessive planned population growth induced by the 2040 GP which results in environmental impacts that would be potentially significant. Furthermore, the “project” population projections are inconsistent with the local growth forecasts in the region’s Regional Transportation Plan/Sustainable Communities Strategy. Why are we doing this to ourselves? It simply makes no sense.

What the Town Staff has not clearly stated to the public is the “planned” growth induced by the “project” is materially greater than any legitimate population growth forecast. The DEIR states that the Town has purposely assumed a population projection which the Town believes will “meet regional housing needs allocation over the long term” (page 4.13-7). But how do they know what the future RHNA allocations will be, how long is the “long-term”, and is that an appropriate planning assumption given the known adverse environmental impacts and other down-stream impacts? This planning assumption was determined solely by the Staff with no public input or discussion. It is a key building block for the land use element. It needs to be fully inspected. 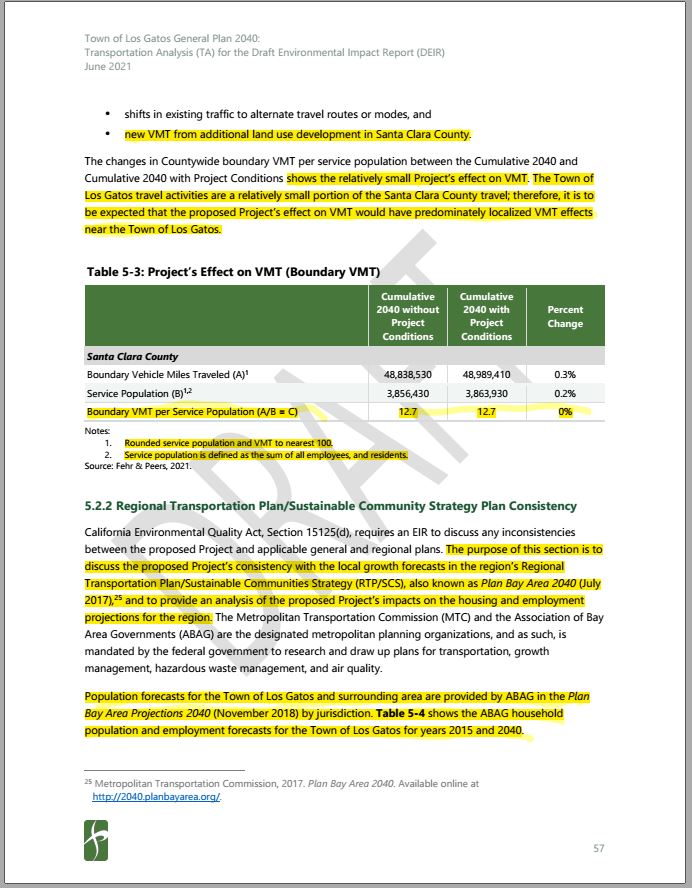 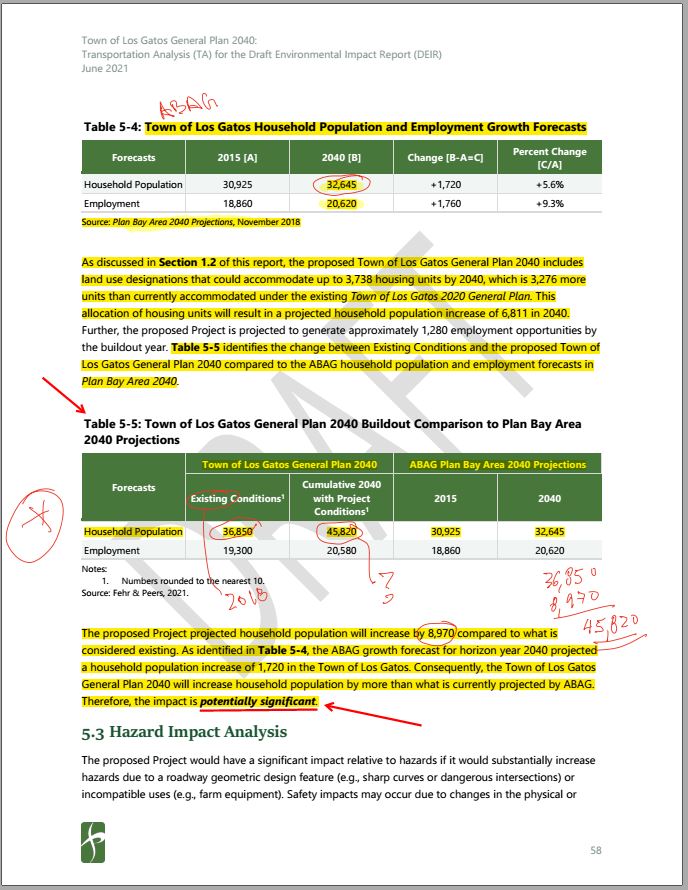